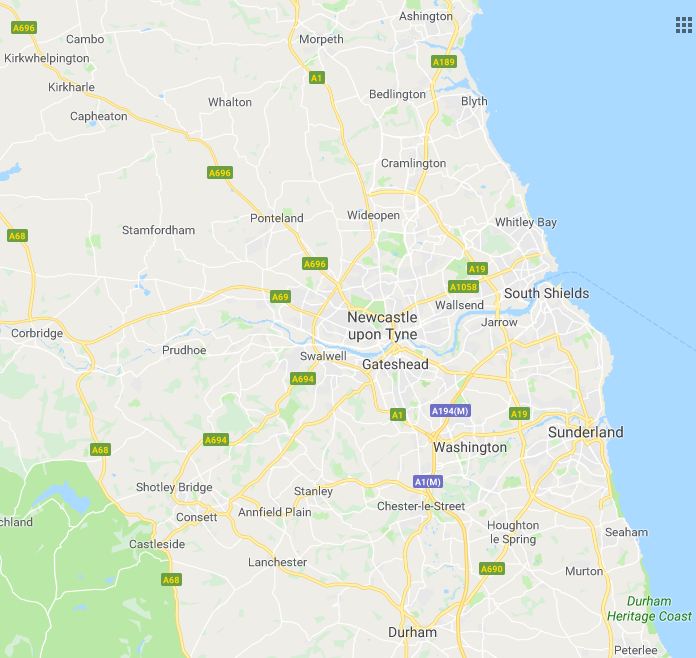 One of the biggest feathers in Newcastle’s cap is that an EU study – revealed that Newcastle was the number one happiest place to live in the UK. Other studies have also ranked Newcastle highly, being one of the number one cities in the UK for culture – with an impressive 10.7 theatres and 68.6 libraries per million people. Newcastle also boasts an affordable range of property prices, with the average property in Newcastle, costing 5.4 times the average salary.

The City of Newcastle is also an international centre for business. Large and small businesses thrive within the city, with retail, export and manufacturing businesses being some of the most common businesses within the region. Whatever the reason for considering a move to Newcastle, it’s clear that living near the city – poses massive economic and quality of life benefits.

In this post, we run through some of the best Newcastle commuters towns and villages, ideal for those which want of all the benefits of living near such a thriving city – without living within the city itself.

Cramlington, in the beautiful county of Northumberland has long been viewed as one of the most affluent and desirable towns near Newcastle. Those working within the city are also catered for too, with a train from Cramlington reaching Newcastle train station in under twenty minutes.

Hexham in the Tyne Valley is also an incredibly popular town to live in and a quick look at the history of Hexham certainly confirms it – over the last thousand of years or so – it’s had Vikings, Scots and Lancastrians all wanting to take over the town. The town itself is incredibly handsome and full of history. There is also two trains into newcastle every hour, which take around forty minutes to reach Newcastle train station.

Chester le Street is one of the oldest market towns within the North East. It’s a town which combines both urban living, with plenty of countryside to explore. Both Newcastle and Durham are a stone’s throw away, with Newcastle Train Station being reached in just 10 minutes on the train and twenty minutes in the car. Areas of particular interest is Chester le Streets huge park, and nearby Lumley Castle.

A city in itself, Durham is only a 16 minute train journey away from Newcastle City Centre – thus providing the perfect base for those wanting to commute into Newcastle for work. The City is vibrant, with a great university, a stunning Cathedral, as well as a mixture of major and independent shops and restaurants. The historic city centre also boasts plenty of atmosphere.

One of the most popular commuters towns within Northumberland, Newcastle is just half an hour drive away – which reduces to just fifteen minutes on the train. It’s an affluent town, so property prices are pretty high – but the beautiful countryside soon makes up for that.

At Richardson Moving & Storage, we are lucky enough to work in all of the above beautiful towns, cities and villages – moving people to and from them wherever required. If you think we have missed out any commuting towns however – please do just let us know and we would be happy to review and include them!